William Dorian Thom was born on 3 August 1892 in the family home at 5 Westbank Quadrant in the West end of Glasgow, the second son of John Thom, consulting civil engineer and owner of the business of Thom, Lamont & Co Limited. He had two older sisters, Mary and Helen and an older brother Herbert. His youngest sister, Mina, would arrive a few years later.


I think that Dorian, commonly called Dorrie, probably attended the Glasgow Academy a short distance from the family home. He had just turned 16 when his father died after years of ill-health and I suspect that he would have joined the family business of Thom, Lamont & Co at that point, as did Herbert. However the two brothers had vastly different personalities. Herbert was always serious, careful and meticulous, with a deep sense of obligation, whereas Dorian believed in enjoying life and taking risks.


The outbreak of war gave Dorian the opportunity to get out of the business and by the summer of 1916 he had a probationary commission as sub-lieutenant in the Royal Flying Corps in 34 Squadron, being confirmed in that rank in October. In July 1916 he won the DFC. 34 Squadron flew the primitive and slow BE2es, single-engined biplanes with a maximum speed of about 70mph (110kph), which the pilots themselves called "Fokker fodder" and the Germans called kaltes Fleisch. When 52 Squadron arrived in France they were equipped with slightly faster RE8s, but which had the disadvantage that they easily went into an uncontrollable spin and crashed. The end result was that each squadron fancied the other's machines, so they duly swapped them.


99 Squadron was formed in August 1917 and sent to France to fly twin-engined de Havilland bombers as part of the Independent Air Force. Dorian joined it and survived numerous bombing raids, when the squadron took horrendous losses. When the Royal Air Force was formed in 1918 the Army objected to their use of military ranks, so Dorian became a Flying Officer.

Prince Albert, the later King George VI, was posted to the staff of the Independent Air Force at Nancy in the last few weeks of the war and got to know 99 Squadron. Dorian was appointed to escort him and took him up for a flight in his de  Havilland. On Armistice Day, when the prince was 23 years old he sent the following letter to Dorian, who was then 25. 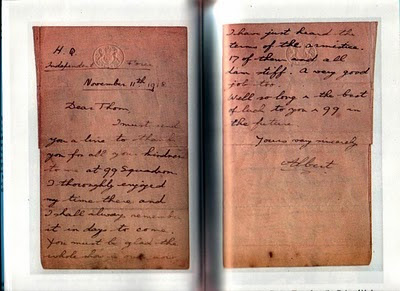 Post war, 99 Squadron was sent to India and flew bombing raids in the North-west frontier. Dorian wrote home that "the machines were certainly out of date but good enough for the job as there were no machines against us" and "if you didn't take off in the early morning you couldn't get off at all as there seemed to be no lift in the air when it got warmer."


Dorian was still in the Royal Air Force in 1924 and eventually left with the rank of Flight Lieutenant. He then returned to a directorship at Thom,  Lamont & Co Limited. In September 1921 he had married Peggy Ramsay and set up house in Pollokshields, where they had three sons and two daughters together.

One son, David Trenchard Thom was to go on and distinguish himself in the commandos after D-Day and later had an eccentric career as a Newmarket trainer. There is a quirky biography of him in which his biographer  Terry Jennings reports him as saying that father Dorian had little interest in the business of Thom, Lamont & Co Limited apart from the director's salary that he drew. The book is entitled "A man before his time"  but a better title would have been "A man of his time" as I can't imagine David Thom having lived at any other period in history.

Dorian Thom enjoyed sailing, mainly aboard Aline and Falcon. Needless to say he didn't sail with Herbert.  He wrote "I fell in off Falcon when steering, was very annoyed as I had just got my stop-watch back from the makers. It was very amusing watching the Eights trying to get near me - they must have read in a book about gybing as they seemed to be getting further away all the time. However a wee lugsail slipped in and picked me up." One can imagine a certain tension in the boardroom between the two brothers.

Regrettably it seems that Dorian's constitution was not up to the demands of his lifestyle and he died at the early age of 43 on 10 May 1936. 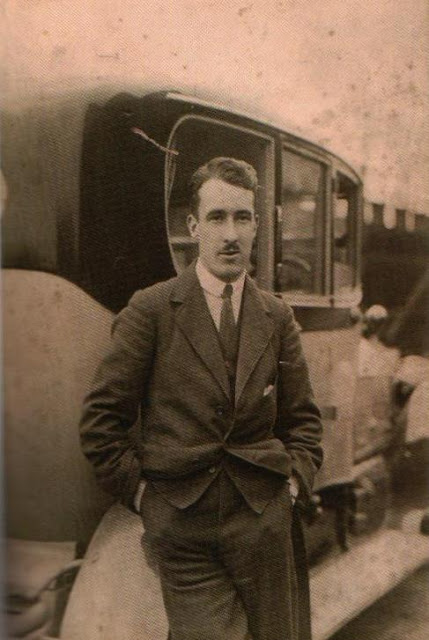